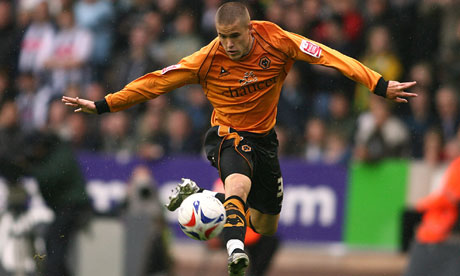 After a move to Nottingham Forest on loan fell through; Michael Kightly remains listed for loan

Winger Michael Kightly remains available for a loan move away from Premier League side Wolverhampton Wanderers.

Kightly was close to joining struggling npower Championship side Nottingham Forest on loan; however Sunday’s departure of manager Steve McClaren has scuppered the move.

After a long injury absence, Kightly is looking for competitive action, and with Coventry City languishing in the bottom three of the npower Championship heading into the international break; fans, and defender Richard Keogh are looking for loan signings to strengthen the squad.

Like a move to Forest; City would be a local move for Kightly and would see him gain valuabe game time in the league where he was pivitol in gaining Wolves’ promotion to the Premier League in 2009. After such a long injury lay off, Kightly would be hungry for games and would add the creative spark that City have been missing this season.

Of course, it is unlikely that financially City would be able to pull this loan deal off, with their lack of finances well documented, but it wouldn’t hurt if they at least enquired about the possibility of a deal with Wolves.