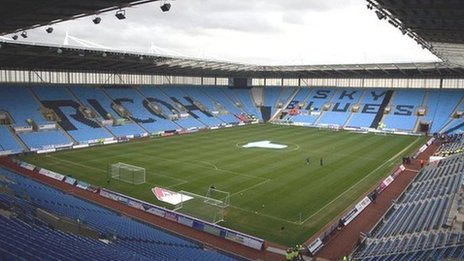 The Ricoh Arena; the home of Coventry City Football Club since 2005.

Thousands of football fans, not just Sky Blues supporters, have signed the petition to keep Coventry City Football Club in the city which gave the club it’s name.

Over 8,500 fans have signed the online petition whilst a further 2,000 have sent a paper copy printed in The Coventry Telegraph every day back to their offices, but there is still time to have your voice heard.

Last week, City’s Chief Executive, Tim Fisher revealed that the Sky Blues had played their last game not only at The Ricoh Arena, but for the immediate future, in the city itself.

City fans can still have their voices heard in order to save their club by signing The Telegraph’s ‘City Must Stay’ petition here , or signing a paper copy found in The Coventry Telegraph and by continuing to email The Football League.