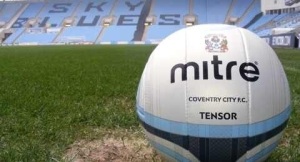 Coventry City Football Club have this evening released a statement stating they “have nothing to hide” – and point the blame for liquidation at the feet of ACL.

This evening’s statement is a direct reply to the statement released by ACL following their rejection of the CVA presented to them as a creditor of the club by administrator Paul Appleton.

The 2013/14 season started on Saturday and it’s absolutely vital that we concentrate on the running of the club and our future plans.

But it seems not enough that ACL and the council cost us ten points last season, have hamstrung us all summer in the transfer market and last Friday rejected the CVA to send us towards liquidation and a ten point penalty for this season; it now appears they want to create further distractions with inaccurate statements regarding recent and past events.

We can answer every single point put forward and have nothing to hide. In fact, we welcome any investigation that examines this whole affair – including the property and financial deals relating to the move from Highfield Road, which is where this all began.

We are also happy for an investigation into why previous owners of the club set up the Limited/Holdings structure in 1995 and any transfer of assets since then.

That said, we are sure our supporters would rather see everyone concentrating on football and how we return the club to the area as quickly as possible.

Since the spring, ACL have refused to negotiate with the club and we were forced to agree a ground share to fulfil our fixtures and are developing plans to build our own stadium in the Coventry area.

That is where our full focus now lies because despite recent claims that they still want to negotiate, their actions such as rejecting the CVA and the statement they issued on Saturday are contrary to that.

When Joy Seppala met with representatives of ACL on July 25, she certainly did not demand full ownership without negotiation. She made the point that every football club needs access to matchday revenues and should own its stadium – especially under the Financial Fair Play rules.

The meeting began with Chris West making an offer of £400,000 rent with no access to the key revenues  – the same offer that was on the table when ACL broke off negotiations with the club in February.

That offer was put forward despite a previous meeting at the Council House on June 3, with Council Deputy Leader Phil Townshend, Martin Reeves and Chris West at which Councillor Townshend said he was ready to discuss the sale of the freehold to the club.  Mr West then acknowledged that a deal of this kind might now be possible, but said that he did not have the authority to negotiate such a transaction.”

Part-time blogger. Full-time entertainer. Can be found on RNTomlinson.com & ccfctv.co.uk.
View all posts by RNTomlinson »
« CCFPA Legends game at The Ricoh Arena this Sunday.
‘A statement on Coventry City’ – by City fan Rob Summerfield. »