Coventry City sign Andrew Webster – but why is he famous? 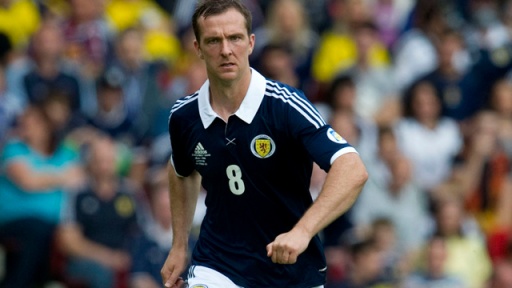 Coventry City this afternoon announced their second signing of the summer, with the acquisition of Scottish international defender Andrew Webster on a free transfer.

And you wouldn’t be mistaken if you think you’ve heard of him before – thanks to a transfer dispute whilst with Hearts in Scotland over a move to Wigan Atheltic.

Webster made football transfer history when he was the first player to invoke a loophole in Article 17 of new transfer regulations FIFA had adopted to bring football’s transfer system into line with EU law – enabling the defender to cancel his contract with Hearts in the third year of a four-year deal, under the condition that he join a club in a foreign country and that sufficient notice be given to his former employers.

Webster’s transfer to Wigan Athletic was ratified by FIFA on 4 September 2006, seemingly creating a legal precedent for the conduct of international football transfers.

In May 2007, FIFA ruled that Webster had cancelled the contract “without just cause” and without the required full 15-day notice. FIFA suspended him for the first two matches of the 2007–08 season. They also ordered him to pay £625,000 to Hearts.

On 30 January 2008, Court of Arbitration for Sport ruled that Heart of Midlothian Football Club were to be awarded £150,000 for Webster’s breach of contract. This amount was to be paid by Webster to the club. The arbitration board reduced the compensation from previous amount of £625,000 that Hearts appealed against.

This has since become known as the ‘Webster Ruling‘ and has been compared to the landmark ‘Bosman Ruling’ of 1995.

You may also recognise Webster from a brief spell with Sunday’s opponents, Bristol City.

In August 2008 Webster signed a six-month loan deal with The Robins, ironically making his debut against Coventry City playing in a 3-0 win for Bristol at the Ricoh Arena in a match that also saw former Sky Blues Dele Adebola and Michael McIndoe score for the visitors.

Now he he is likely to make his first appearance for the Sky Blues against Bristol City at Sixfields on Sunday, as manager Steven Pressley looks to add Webster’s experience to the back line of a very young defence before joining up with the Scotland squad as they prepare to face England at Wembley next week.

Part-time blogger. Full-time entertainer. Can be found on RNTomlinson.com & ccfctv.co.uk.
View all posts by RNTomlinson »
« Coventry City complete signing of Andrew Webster.
Why Coventry City’s home game against Carlisle United will be on a Thursday. »