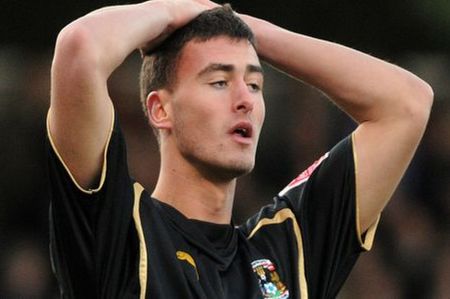 The striker has not appeared for The Owls this season due to the trial, and the judge has warned a jail sentence is “very likely.”

Judge Rodney Jameson QC granted Madine bail but said: “You must understand that an immediate custodial sentence is very likely.”

The court heard the 23 year old, originally from Gateshead, already had a conviction for knocking out a man in Carlisle after pleading guilty to the attack in February 2010.

In his short spell at The Ricoh Arena on loan from Carlisle United, Madine made 9 appearances, failing to score.