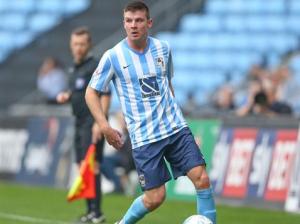 Coventry City Football Club have confirmed they are to hold an internal investigation following a tweet containing a homophobic remark sent out by defender Chris Stokes last night.

During the Premier League game between Chelsea and Tottenham Hotspur, Stokes sent out a tweet to his near 4,000 followers using the word “faggots.”

Stokes quickly deleted the tweet and apologised for the remark, but will now face action from the Club.

Stokes said: “I’d like to apologise for any offence I’ve caused.

“It was a brainless moment from me and I’m really disappointed in myself for using that term. I’m not homophobic at all.

“However, I know it is not acceptable by any means and I’m really sorry to any of our supporters or anyone in the wider public who have been offended by the remark.” 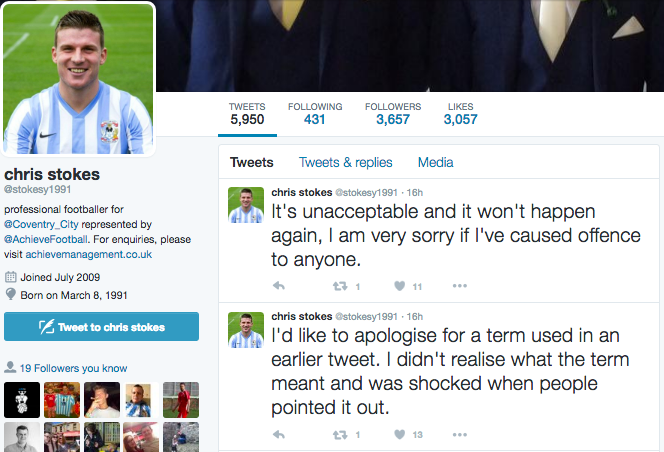 In a statement on the official Club website, Coventry City Football Club said;

“The club will have an internal investigation into Chris Stokes’ behaviour on social media and his use of the term. The club would like to stress that it is completely unacceptable for any of our players or staff to express such remarks at any time.

“Coventry City FC expect the highest level of professionalism from our players as we’re a family club and we want our players to act as role models in the Coventry and Warwickshire community.

“We will work with organisations such as Kick it Out and Football v Homophobia to help educate Chris and the squad on why this term is unacceptable to make sure this doesn’t happen again in the future.”