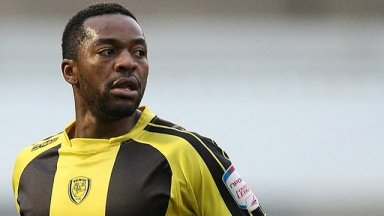 Coventry City manager Steven Pressley could make Burton Albion winger Jacques Maghoma his first signing as manager of the Sky Blues, but only once the transfer embargo currently placed on the club for entering administration, is lifted.

Despite the embargo being in place, The Coventry Telegraph are reporting that Steven Pressley is pressing ahead and talking to a number of targets ahead of potential moves.

Maghoma, 25, a former Tottenham trainee had an outstanding 2012/2013 season, scoring 18 goals from midfield as Burton made it to the League Two Play-Off Final, before losing out 3-0 to Bradford City.

The winger who was named in the League Two Team of the Season is out of contract at The Pirelli Stadium in the summer and available on a free transfer, which given the current financial situation at the Sky Blues, would suit Pressley.

It is believed Maghoma’s representative has spoken to City, but he will have plenty of offers from other clubs at League One level and the Championship as he looks to test himself at a higher level.

Maghoma was also voted Players’ Player Of The Year by his current Burton team-mates and took the “Golden Boot” award for top goal scorer at Albion’s end of season awards, where he was also a prominent contender for Goal Of The Season after scoring a superb long-range effort against Leicester City in the Capital One Cup.

And although Albion fans and Rowett would love to keep their key player it is generally accepted that he is likely to end his four-year spell at the club and move on this summer.

Part-time blogger. Full-time entertainer. Can be found on RNTomlinson.com & ccfctv.co.uk.
View all posts by RNTomlinson »
« MUSE light up Ricoh Arena; Stadium not on fire.
Capital One Cup First Round draw date announced. »