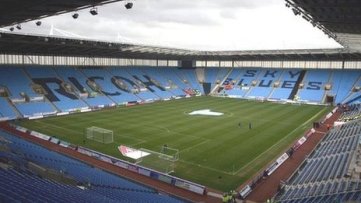 The Ricoh Arena; the home of Coventry City Football Club since 2005.

Coventry City administrators have set a deadline of May 31st for any interested parties to make an offer to purchase the club.

A number of groups have already registered an interest in taking control of the Sky Blues, who went into administration in March.

Joint-administrator, Paul Appleton said, “A sale process has begun, I have spoken and met with a number of parties who have expressed an interest,”

“To that end, I have set a deadline of May 31 for indicative offers from those interested parties.”

American businessman, Preston Haskell IV is accredited with having already made an offer for the club, as well as half of The Ricoh Arena.

Appleton also moved to clarify the situation with regard to ownership rights of the Golden Share, which provides membership to the Football League and Football Association.

Appleton added: “Following information I have received from various stakeholders, I now believe the registration of the Golden Share lies with Limited.

“Holdings believe they have a beneficial ownership of the Share given the level of investment they have made and the fact the players contracts are in their name, together with many other important elements.

“This has seemingly been endorsed by the Football League, who have completed all current player registrations in the name of Holdings.

“In my opinion, the importance of the ownership of the Share has been exaggerated in the media and on social networks. Of course, it is a significant element but ownership does not necessarily mean control of the club.

“Just as important is the location of the players contracts, the right to use the name Coventry City and the right to sell season tickets – all of which Holdings assert is theirs.

“Should Holdings maintain their claim to a beneficial ownership of the Share, ultimately only the Court can overturn that.”

Part-time blogger. Full-time entertainer. Can be found on RNTomlinson.com & ccfctv.co.uk.
View all posts by RNTomlinson »
« Jay Tabb released by Reading.
Tim Fisher: Coventry City is not for sale. »