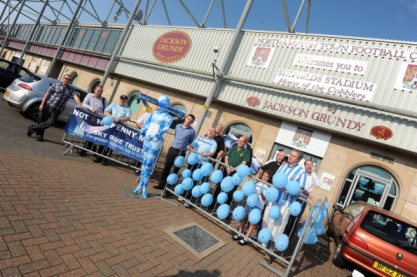 Coventry City will play their home games at Sixfields for the next three seasons at least, after the Football League confirmed the arrangement last week, whilst the club’s owners SISU build a new stadium in the Coventry area.

The move comes after City confirmed at the end of last season that they would not be returning to The Ricoh Arena, their home since leaving Highfield Road in 2005.

Today it was revealed Gary Hoffman had made an offer to keep the club in Coventry, which was rejected by the club.

Northampton Town Football Club confirms that Arena Coventry Limited (ACL) has threatened the club with legal action in respect of Coventry City FC playing at Sixfields Stadium. The club was approached by Coventry City to play at Sixfields, so that Coventry City could fulfil its fixtures. The Football League has endorsed this arrangement.

The threatened action by ACL is without any legal merit and is not conducive to the greater good of the game. Northampton Town Football Club will not be bullied or threatened.”