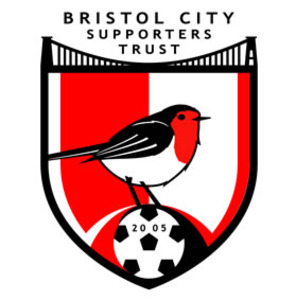 Bristol City Supporters Trust are the latest to join the chorus of disapproval at the failure of The Football League to deal with the building crisis at Coventry City.

According to Supporters Direct, The Trust are to write to the League expressing their ‘disgust’ at allowing the ‘temporary’ relocation of the Club.

They are also to raise the issue with fans, and try to explain why supporters should think about their attendance at the game in the light of what is happening. Contrary to some reports, they are not planning an actual ballot of fans.

“While we welcome additional revenue opportunities for NTFC, we do not support any club being moved out of their community if there is a viable option within their local area.

“We will continue to liaise with the Sky Blues Trust and assist them in any way we can. In the meantime, we encourage Cobblers fans to submit any concerns or queries to NTFC Supporters Ltd regarding the implementation of this agreement, which has now been approved by the Football League, for inclusion in our correspondence with the football club. These can be submitted by email to ntfc_trust@outlook.com.”