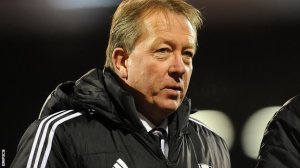 Speaking on Channel 5’s Football League highlights show last night, Curbishley hit out at the demise of The Sky Blues and the decision to finally appoint Russell Slade as the full time successor to Tony Mowbray, who left the club back in October.

“When you’re a manager and the opportunity comes up you want to get back in, as quick as you can.

“But the demise of Coventry City is unbelievable.

“You used to look at them as a Premier League club, and now they haven’t got their own ground and they are in the bottom 3.

“But Russell Slade is there now and he obviously thinks they have got a chance of getting out of this, but going on today’s performance he knows it is going to be a tough job.”