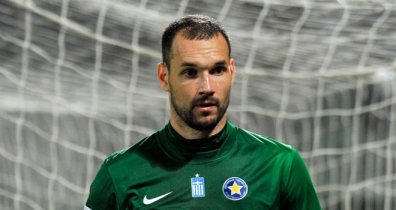 Former Coventry City goalkeeper Marton Fulop is recovering after having a tumour removed.

Former Coventry City goalkeeper Marton Fulop, is recovering after having a malignant tumour removed from his arm.

Fulop underwent a successful operation to remove the tumour in his arm last week and will now take a break from the game.

“I am sure that after a few months I will be ready both physically and mentally, to continue playing football.

“What is more, I’d like to train between the treatment courses, as the doctors have said this is fine, and, in fact, they heartily recommend it

“I am very grateful for all the messages and good wishes – it really helps me that many are thinking of me.

The tumour was spotted after the keeper had an operation for muscle problems in his arm and he continued: “When training in February, I felt a sharp pain in my arm, there was bleeding and I could feel that something was pulling the tendon that moves my middle finger, and I couldn’t straighten out my finger

“I contacted Doctor Ferenc Tóth, one of the country’s leading hand specialists, who recognized that my hand needed immediate surgery.

“Since then, a long scar can be seen on my arm, but my hand recovered completely, and I could return to playing.”

Hungarian international Fulop, 30, who has 24 caps to his name, joined the club on a three-month loan from Tottenham Hotspur in October 2005.

Fulop made 31 appearances for City, and made noise about a permanent move to the Ricoh Arena, before joining Sunderland, initially on loan, before signing for the Black Cats permanently.

Since, Fulop has turned out for Leicester City, Stoke City, Manchester City, Ipswich Town and West Bromwich Albion in England, and most recently Greek Super League side Asteras Tripoli before his contract expired at the end of the latest campaign.