Callum Wilson nominated for March ‘Player of the Month’ 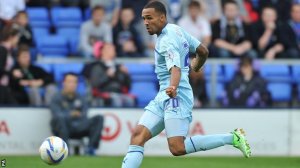 Coventry City striker Callum Wilson has been nominated for the SkyBet League One March ‘Player of the Month’ award.

Wilson, who scored in five consecutive games throughout the month, notching seven in total, is the current League One top goalscorer with 21 league goals (22 in total.)