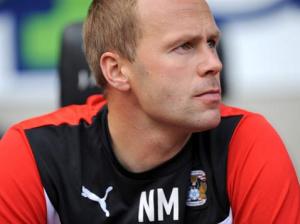 The 37 year-old Scottish former defensive midfielder was brought to the club with Steven Pressley when they joined from Falkirk in 2013.

Following Steven Pressley’s dismissal in February earlier this year, MacFarlane took over as caretaker manager alongside Dave Hockaday until the appointment of Tony Mowbray.

Mowbray has since brought in Jamie Clapham and Mark Venus to his backroom staff, and it’s likely one of these will take over from MacFarlane going forward.